A bullet shattered Kali's jaw; can you help her recover? 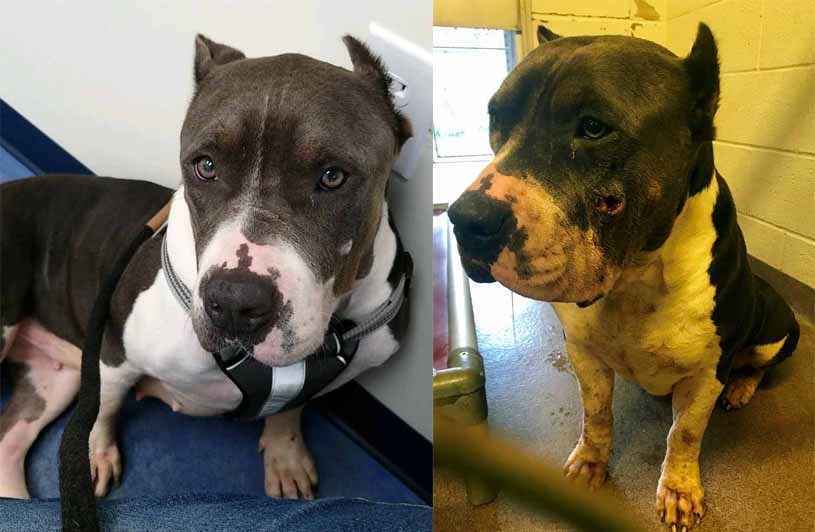 We are no longer accepting donations on this campaign, but there are other ways for you to support us today!

Kali is a sweet Staffie who was found running loose with what looked like a bullet wound in her face. After being examined at the Burlington County Animal Shelter, our group was told that a bullet had entered the lower part of Kali's face, shattering her jaw and breaking her teeth. We can only imagine how much pain this girl was in. Yet she was a sweetheart to everyone who handled her, poking and prodding to determine exactly what happened.

We don't know who shot Kali or why she was shot. 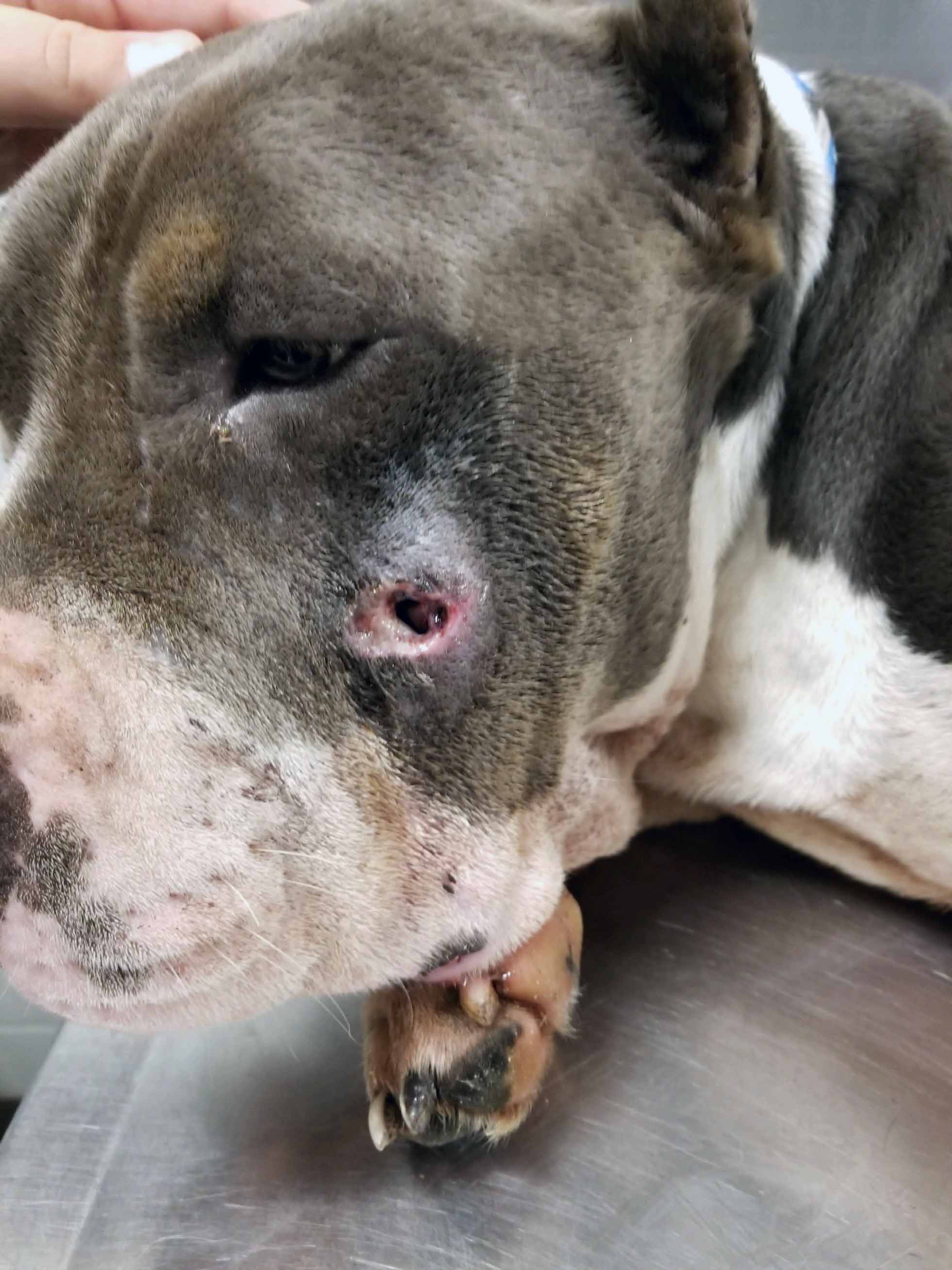 What we did know was that Kali needed immediate specialty dental surgery to remove her broken teeth and ensure that her jaw healed properly. This medical care was far beyond the scope of what the shelter could provide.

So our group stepped up to help Kali and now we're asking for help to pay her bills.

Kali had surgery and appears to be doing very well. She is in a foster home being cared for by a vet tech, who reports that Kali gets along with her little dogs and enjoys going for car rides and short walks.

At this time of year our finances get tight, so we're appealing to your generosity and compassion to help cover the cost of Kali's surgery. Any amount will help, from $5 to $50.

I think you can tell by Kali's face that she's definitely feeling much better. Thank you so much for supporting her and our mission! 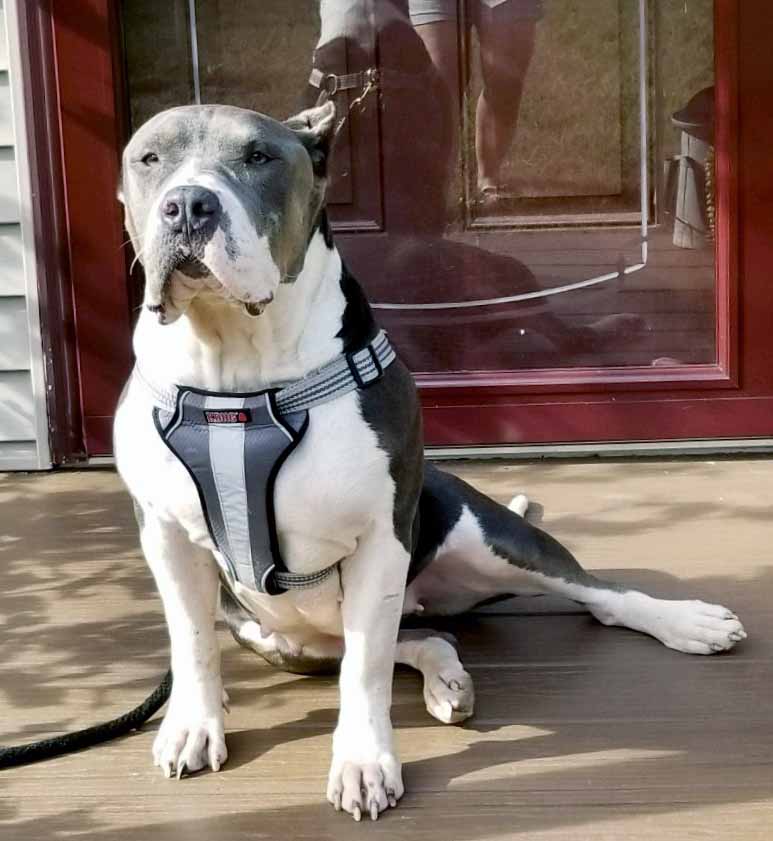